However, if you are the host, usually you would take the seat which is closest to the walkway since it allows the most convenient movement by the host.

Unlike the western style, Chinese people do not use forks and knives. We use a pair of chopsticks and spoons. Unlike Japanese chopsticks, Chinese chopsticks have both ends of the same size whilst Japanese ones have one end sharper than the other.

In a Chinese meal, an even number of dishes should be ordered. Odd numbers of dishes would be appropriate only for occasions such as the meal after a funeral.

The best dish should be put in front of the most important person in order to show your respect. Chicken head or duck head on a plate should not point at guests. The big bowl of soup should be placed in the middle. 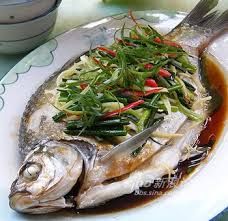 If you are the guest, remember not to leave too much food behind because it would mean that you don’t like the food. Also, when you eat fish, it would be better if you just take out the skeletons after finishing one side of the meat than to turn the whole fish upside down because it resembles a boat being turned upside down.

Rice in China is the same important as potatoes in the west. Some people need to eat 2 or more bowls of rice at each meal. Especially the older generation, they can’t have a meal without rice. However, modern Chinese tend to replace rice with congee (a kind of porridge like food made of rice boiled with a lot of water), noodles or even go without any. So if you are not a big rice eater, you still have a lot others to choose from. 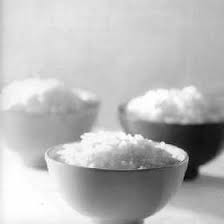 With Chinese restaurants being so popular everywhere in the world, I think it is time you should get a grip of how to use chopsticks.

In Japan, it is an important etiquette to say traditional phrases before and after a meal. People start a meal by saying “itadakimasu” (“I gratefully receive”) and after finishing eating they say “gochisosama (deshita)” (“Thank you for the meal”) with a bow. It is crucial for you to say these phrases, especially when you are invited for a meal or someone cooks for you.

It is appreciated in Japan to wait until everyone is served before you start eating. It is also considered considerate to empty your dishes completely because the Japanese are very economical. When eating, try to chew with your mouth closed and don’t burp during the meal because that is considered bad manners. If you are given some extra food, for example a bowl of rice, accept it with both hands. When eating, try not to eat in big pieces. You should separate the large piece with your chopsticks and eat every small piece. In contrast to some Western countries where people are often taught not to make slurping noises when eating soup or noodles, it is considered a normal thing in Japan. It even seems strange in Japan if you eat noodles without a sound! 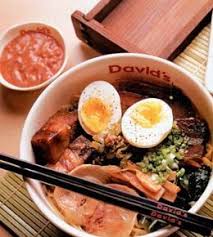 If there are alcoholic drinks at the meal, you shouldn’t just pour the alcohol into your own glass. You should check your friends’ glasses frequently and if their glasses are getting empty, you should serve them with more. It is considered bad manner to be seen drunk in public in some formal restaurants. However, in some informal ones drunkenness is acceptable as long as you don’t bother others.

There are usually no napkins used at Japanese meals, thus you should prepare for yourself some tissues or a handkerchief. In Japan and in some other Asian countries, during the meal you shouldn’t talk about anything related to the toilet or any similar topics. This is strictly unappreciated because it is assumed that people lose their appetite when hearing about those things.